Gaming is in a stage like it was never before several Gaming competition are taking place every where in the world,more and more gamers are falling in to join, playing from right at home or gaming cafes all around the worlds.This is an electronic world where we are living in, so does our gaming habits.

Listed bellow are major gaming events which are taking place.

Started way back in 2000 in Korea presented  by on of the leading electronic appliance company Samsung. This was a huge success, establishing it in every gamers wish list. The WCG bags big sponsorship and offers up to $400,000 in prize money. The event is held every year between October to December. 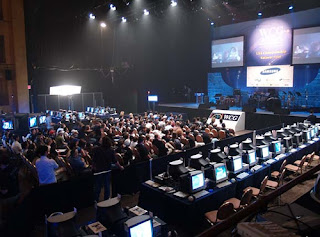 First  four venue of the competition(2000-2004) was in Korea after that it moves on to other venues like US Singapore. WCG conducts preliminary rounds in all the participating countries, the winners of which play in the main event. It's a very well presented event with enough ex-poser.well Indian gamers are participating every year but we  have no luck so far.


EWCG which stand for Electronic Sports World Cup was started by a french gaming company callen Game service. ESWC has gain huge respect among gamers and all over the world.the rezone alone is not the whooping prize money it offers that is 150 000 euros, ESWC is is also known for its smooth running.it stared in year 2003 is held each year in France. 37 countries with 150 000 gamers participated last year in the event. Indian gamers had no luck in the event so far. 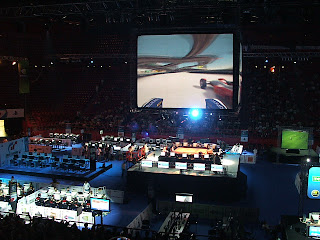 ESWC is hugely popular and gaining more and more popularity.the prize package has raised this year from 150 000 euros to jaw dropping 300 000 euros. SK, zEx, Team 9 are few world known team has participated in the event are world known figure.

Cinematic technique Match Moving is a Technique that makes insertion of computer generated graphics into a live action footage possible with correct position,scale and orientation according to the related motion.
why we do that?
Animated 3d effects or graphic (three dimensional character or effects) insertion into live            footage.

The Process of match moving.

Tracking: Here specific track points on the surface of a real object will be projected in the scene to track the motion of the objects. After tracking i becomes the series of two dimensional coordinates once all the tracking data has been done...now it can be used for 2D motion or to calculate 3D motion.

Calibration: This process attempts to derive the motion of the camera by solving the inverse-projection of the 2D paths for the position of the camera. All parameters necessary to model a virtual or real world
camera, like orientation,focal length etc,and position of 3D points in a space roughly known as cloud points.

Ground plane:Once calibration is complete, it is necessary to define a ground plane. Normally, this is a unit plane that determines the scale, orientation and origin of the projected space. Some programs attempt to do this automatically, though more often the user defines this plane. Since shifting ground planes does a simple transformation of all of the points, the actual position of the plane is really a matter of convenience.


Don juggle your Brain with....... what this so called VFX is? . just take a look at scene composition from the movie called AVIATOR. and you will get the rough idea of what VFX is and why it is sometime unavoidable during movie making.
first take a look at the picture given bellow.This shot was totally constructed in CG.and why is that??? because no camera in this whole blue world was capable to shoot this XF11 jet plane taking off at the speed of 130 knot  which is almost 250 km/h from a incredibly close distance  at astonishing 180 degree angle  camera track.


Awe! is it possible in real life? no way. take a look at the photographs first.-

Ok so what had to be done was to create an CG plane in 3 Dimension first and use a 3d virtual camera to shoot the scene in a single shot.And that is what special effects supervisor did.

This shot was totally constructed in CG by mapping photographs of the runway, environment, and cloudscape. The plane was also mapped from the original 1/4 model detailed photographs and animated based on the original pre-viz.


now take a look at the image below..A 3d model of XF-11made in maya

. And after that they had to be accurate to mach the color, reflection,lighting on the plane acording to the mapped runway photographs.to look the scene natural. 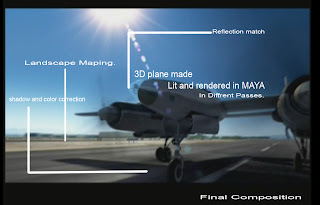 And this how it looked in the movie. 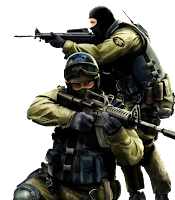 Well you are an art collage student or had a soft corner for cute animated characters you’ve grown with all these years and ultimately chose to build your career in animation industry. Right?? But as you’ve been taught in your school that Gaming (which is an essential part of animation industry which is expected to reach 607 million $ in year 2012) is a very lucrative career option for aspiring 3D artists. you may not find it that interesting …why???
Because you say “I don’t like gaming. I don’t play games; I tried my hand on some racing game before, but didn’t find it that exciting. Rather I like Mickey Mouse….. Tangled movie kind of stuff.”

“Am I right?” Well, it’s your choice. But please let me tell you something before you shift delete this gaming option from your brain. I’m not going to give you lecture on how gaming industry gives you enormous creative freedom and how exciting it is to build a single high-end game or how brilliant this world is.. or you should sack your first cute gal friend Rapunzel and replace her with  sexy Tom raider. No I’ll never do that. but am going to give you some suggestion that how you can build interest in gaming so that when you get chance as an animator in gaming industry you show the same level of enthusiasms you might’ve show when your chosen in other television or movie industry. But how you can do this???? There is one single answer for this question and that is……
”START PLAYING GAMES.”

But before I start let me tell you something about myself, a couple of years ago I was no gamer actually never tried games before, and as 25 year old boy I was among the elders who use to think computer gaming is for kids...  Or…do they find it interesting..??? This is a waste of time. Or to an extreme...These violent computer games are ruining this generation. Blah blah blah. But as soon as I realize that playing games is actually good for my career enhancement or it is not too bad if we keep-it-on check. And it is good learning resource and its an ocean of creativity. I decided to try my hand a little. As a starter I find it boring, annoyed and felt like looser. But I kept on playing and I learned few things that I’ll share with you guys that can help you guys on how you can become a gaming freak from a complete novice or no gamer.and trust me on this, gaming world is so exciting that can blow your mind off it is a perfect escape and refuse from your busy life it is almost like meditation. Culmination of excitement and filled with so much creativity as well. Trust me guys even if your not playing...You’re still in the loosing side.

..No Gamer To Gaming Freak.

·     Don’t start with older games first. some people think that they should try their hand on older stuff first which is not true. Try newer… high end Games first. FAR CRY, MOST WANTED-NEED FOR SPEED, CRYSIS ARE GOOD CHOICE.
·     ASK FOR HELP...PLZZ DON BE SHY ON ASKING FOR HELP FROM A 16 YEAR OLD GAMING FREAK NEXT DOOR. PLZ DO OR DO SOME GOOGLE .ACHIEVING CHECK POINTS MIGHT SEEM IMPOSSIBLE SOMETIME.
·     Don just plays please. Take a look at what you see…graphics, lights landscape textures materials layouts... Enjoy as you enjoy any other art form see how much effort the entire gaming artists has put into this.
·     Go to the creator’s website and see how they do it.

Five games you should start with... 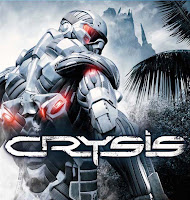 NEED FOR SPEED
MOST WANTED 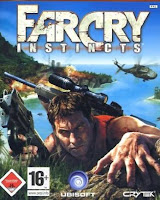 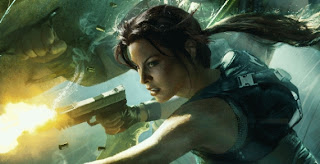